Some may wonder how Crawford Power Generating Station got its name. Originally the area was named after Peter Crawford, who bought the land to be used the railroad industry to insure there would be a stop in his neighborhood. That land laid the foundation for La Villita, and because of its residents deep heritage, Mexico donated the landmark La Villita arch in 1991. By 2000, the population grew to over 90,000 residents. The 70 acres of land Exchange 55 is transforming have been dormant since 2012. With our purchase of the site in 2017, we made a promise to turn the unused space into a thriving, environmentally friendly hub of economic growth worthy of residents of the Little Village community. Here’s to the future. 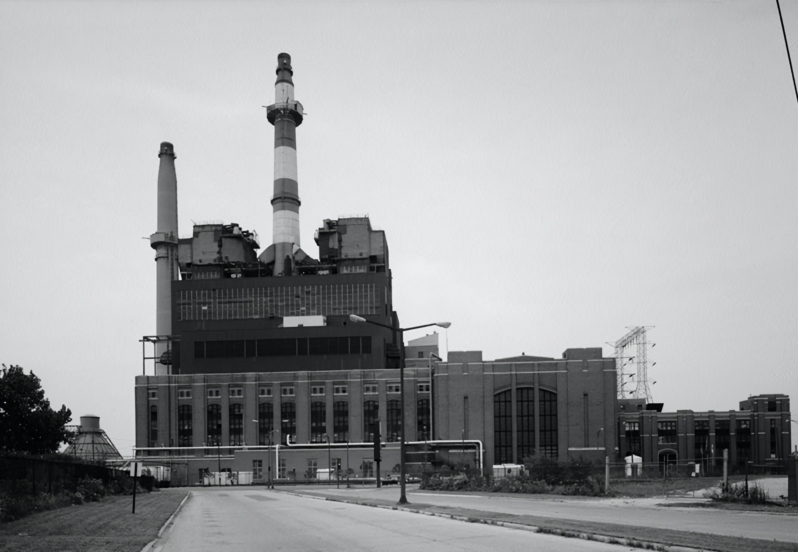 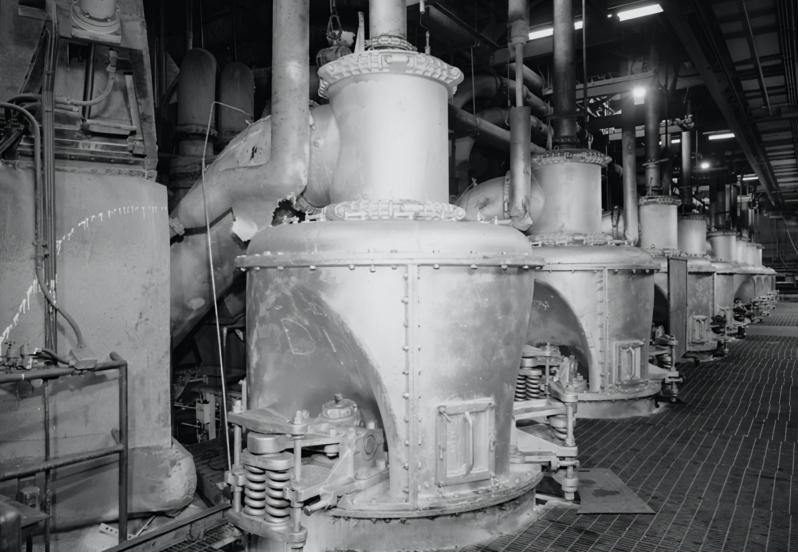 The Crawford Power Generating Station was the largest of five power stations serving the City of Chicago beginning in the 1920s.

Built in 1924, it began operating in 1925 as a coal-fired power plant on 70 acres in Chicago’s Southwest side. The station provided storage for over 300,000 tons of coal and produced 532 megawatts of power.

Crawford was acquired in 1999 by Midwest Generation when the company was founded.

Midwest Generation also owned and operated the nearby Fisk Generating Station. At their peak, the two plants produced power for nearly one million homes.

Crawford Station was closed in 2012 after a 12-year discussion process with the neighborhood over environmental issues. According to news reports, Midwest Generation determined that the environmental retrofits needed to meet the current federal air quality standards were too costly.

The site has been dormant since Midwest Generation filed for bankruptcy in December 2012. In 2014, NRG Energy purchased both the Crawford and Fisk sites.

December 29, 2017, Hilco Redevelopment Partners closed on the purchase of the Crawford Generating site.